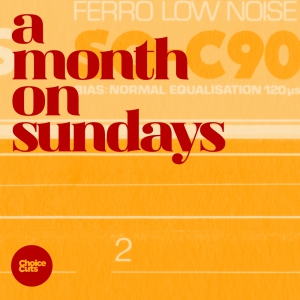 A Month on Sundays Vol 8 - November

November is great month, Autumn season change, colours, all aspects of the month are great, I love it.... I quite enjoyed putting this mix together as there was lots of good stuff popping up, on rotation, recommneded and unearthed, so much that many tracks from our Facebook page T.O.T.D where left out. Ones that spring to mind include Roy Ayers - Feeling Good, Rachel Sweet - Its So Different Here and the amazing Stephen Encinas - Disco Illusion tracks. They'll make Decembers mix though so stay tuned for that one. The Steve Kuhn record was found from reading an interview with Madlib who described it as his favortie record and its sublime. I've had to treat myself to a copy in the meantime. It's music for the heart and kind of what the whole mix was about this time around, opting for a spiritual and feel good vibe. The Wilie Tee track kind of sums it up I suppose "Elimate all misery, put aside negativity, believe in what you want to be, step into loves Galaxy". The Doug Carn is a personal favorite of mine and its been lovely squeezing it in there. Saying that, there was also time to throw down some hip hop treats, sure a Choice Cuts mix just aint the same without one or two.........